Late one night after training, I lay asleep on my stomach in my bed when I heard a voice say, “Wake up and turn around.” 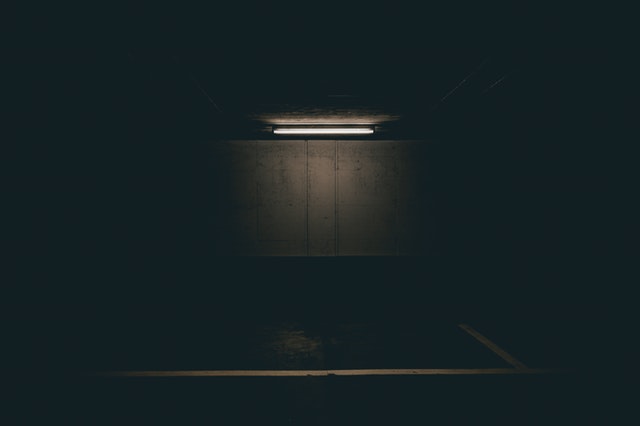 When I was 17, I moved out of my parent’s home and into a friend’s house near Pleasure Point, in Santa Cruz. At the time, I was training for a state Karate competition so I was meditating and practicing mindfulness around my breath every day.

I was surfing a lot which also helped to center my awareness in my body. Being in the ocean awakened my senses. Between Karate and surfing, I noticed my intuition expanding.

There were days I sensed the energy everywhere I went, feeling it alive on my skin. There was nothing like the ocean’s energy calming my mind yet exhilarating my body. I felt so vibrant and awake.

Late one night after training, I lay asleep on my stomach in my bed when I heard a voice say, “Wake up and turn around.”

I did and there above me was a young man, maybe in his twenties, trying to get into my bed. There was no one else in the room. The man’s exact words were, “I’m going to sleep with you now.”

His voice sounded entirely different from the voice that had wakened me. Normally such an event would be terrifying, but I wasn’t scared. It was as though whoever or whatever told me to wake up, was still in my room, protecting me. I just couldn’t see it. This thing or energy sucked all the fear out of me.

I felt a warm presence encase my body, and despite this man’s intentions, I knew he wasn’t going to hurt me. What I felt, as that man stood over me, wasn’t fear, but compassion. I calmly told him he had to leave. But he didn’t. Instead, he walked around to the other side of my bed and tried to pull the covers off.

I still wasn’t frightened. I told him under no circumstances was he getting into my bed and that he had to leave. I was composed and my voice was even. I don’t think he expected me to behave in such a manner. Maybe he thought I would be terrified and allow him to do whatever he wanted, and when he saw I wouldn’t, he got confused and lost his power.

The man stepped away, walked out of my room and pretended to leave. He waited in the hallway outside my bedroom. I sensed this and sat on my bed, in my t-shirt and underwear, until he peeked his head around the corner. I again said calmly but forcefully, that he had to go and that I was going to call the police. This time he left.

Shortly after, the warm protective energy dissolved and I began to feel angry. I grabbed my karate stick, which I used for practice in the dojo, and ran outside looking for him. All the compassionate energy had dissipated and I was left with rage.

I wasn’t going to let a man get away with trying to violate me. But after a few minutes, I went back to the house figuring it wasn’t smart to be outside, in the middle of the night, in only a t-shirt, looking for a potential rapist.

I was grateful for my training but also of the energy that protected me and allowed me to disarm violence with compassion instead of fear and rage.