Above, a tree leaned over me as though it were tucking me into bed, its leaves shimmered like a fishing lure. 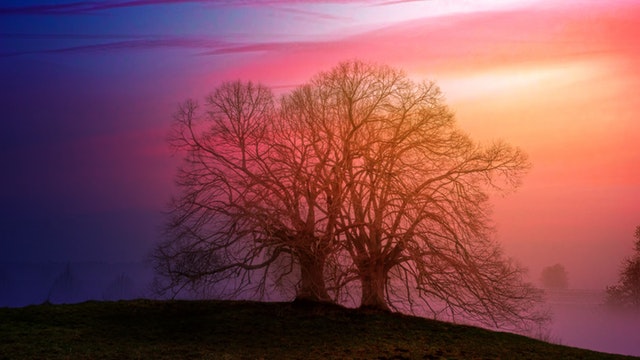 People often ask me what experiences I’ve had that led me to the work I do. I decided to start blogging these events in chronological order. I do this because:

1. People say they want to know.

2. Maybe you’ve had similar experiences and you can relate and/or feel validated.

3. Hopefully, these stories will be interesting enough for you to read and get to know more about my work and what it’s based in.

I was nine years old when I was lying on a bench at the University of California in Santa Cruz. My mother was visiting with my brother at the Whole Earth restaurant on campus, he had just been hired there. As I lay on the bench waiting for her, I noticed the color of the grass which had reminded me of the Kelly-Green crayon I had used to color in the picture of a four-leaf clover at school.

Above, a tree leaned over me as though it were tucking me into bed, its leaves shimmered like a fishing lure. A large set of chimes hung from one of the branches, tinkling in the wind.  I breathed in the warm summer air, smelling the scent of the redwood trees as the light bounced off the fluttering green leaves.

At one point, I felt as though I was being lifted into a white light which engulfed me entirely. I laid in this light in complete peace. I detected four forms around me, barely visible, speaking words of encouragement and affection. Their essence was instilled in me so that I would recognize it later in my life.

Without that recognition, I may have missed the call to engage in divine energy. It may have slipped past, unnoticed, but because their tone resonated so strongly in me, when I came across it again, I recognized it as such and woke up to my soul’s purpose.

During my time in that light, a ball of intense white light entered my heart and I knew it as love. Eventually, the light faded and I was back on the bench. The chimes reverberated in the wind and I was left with deep serenity.

I remember thinking then that the feeling reminded me of being held in my mom’s arms.  I forgot about that day until years later when I heard chimes vibrating with the same lower key notes. That experience came rushing back to me, the tranquility and love of that moment there at UCSC.