I talk to Earth and she talks to me. I hear her voice, she hears mine and we have long conversations. 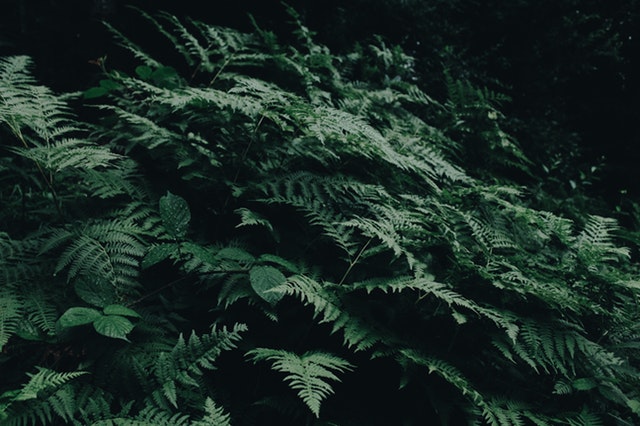 I am a 53-year-old woman and am married with two kids. I have a house mortgage and I’m a working professional. Just like many of you. If you were to see me walking down the street, I would not stand out. I look and act like most people, except I can hear Earth. I literally hear her words. She talks to me and she has something to say.

I wrote this text on the heels of Hurricane Harvey. Within a matter of days, Hurricane Harvey caused over 150 billion dollars’ worth of damage to the state of Texas. Hurricane Irma and Maria annihilated the Caribbean Islands and Puerto Rico. In the same week an 8.1 earthquake shook Mexico and the temperatures hit a record high for the area I live in and broke all the historic weather records by a long shot. Yes, I think Earth has something to say and she just might be trying to get our attention. She got mine.

Throughout my life I have felt deeply connected to the earth. As a child, my parents would load me and my six older siblings into their station wagon every summer and take us camping. It seemed like we backpacked, car camped and skied nearly every mountain on the western slope of the Sierras. Often, my father would wake me up at dawn to go fishing with him.

Invariably he’d snag his line on either a log or a branch beneath the water and I gleefully offered to jump in the river or lake, no matter how cold it was, to detangle his line- something he appreciated and I thoroughly enjoyed. I loved waking up to the day this way; feeling my hair float on the surface of the water, weightless, the smell of water on my skin and the cold air giving me life. Mostly I felt clean, not just literally but clean down to my bones. Clean in my blood, like I was baptized and everyone’s energy was washed from me. As an Empath, I feel the emotions of those near me.

I feel their moods in my body. Jumping in the water on those summer days washed me clean of everyone. The only thing I felt was Earth itself.
Like so many of you, I have strong intuitive abilities. These intuitive traits manifested when I was a child but I didn’t yet have words or a language for them. I saw energy around everything, like the clock, my parents and siblings, my dog, my school desk, and so on.

My father was a Lutheran minister and during his sermons, every now and then, I’d see my grandfather who’d passed on, sitting in a chair with his head bent forward, listening to my dad.

Growing up, I thought everyone was like me. I’m sure many of you can relate. Everyone is intuitive; however, some are born more open and sensitive than others.

Words like psychic and channel were not discussed in my house and if they had been, they would have been met with little respect or regard. I kept my mouth shut, and honestly, I never thought of myself as psychic or intuitive. I was raised with a healthy dose of skepticism and I confused cynicism with intelligence and thought of metaphysics as hogwash. What I didn’t realize was how much I limited myself by not taking any metaphysical idea seriously.

As my mother once said, ‘It’s silly crap.’ Even though, as she disclosed to me a few years before her death, she saw energy, auras and the spirit of loved ones leaving their bodies as they passed on. I think she, like so many people, felt shame and/or fear in admitting their ability or their curiosity around the spiritual and intuitive arts. It wasn’t that long ago, those who openly expressed their intuitive ability or anything remotely related to the spirit world would have been deemed a witch or heretic and suffered torture and death.

Our collective conscience holds fear of being called out and blamed, but instead of being burned at the stake, now there might be character assassination and humiliation. I was certainly afraid of not being perceived as someone with integrity or intelligence if I said I was psychic. Fortunately, times are changing and more people are opening their minds to the possibility of what the cosmos has to offer.

Over the years I’ve had many metaphysical experiences. What I’ve learned is that when I’m present with my surroundings, whether it be through meditation, mindfulness, being outside or participating in travel or sports, my psychic ability and mystical experiences increase. I believe this is due to being connected to Earth’s energy as well as being more present in the moment, such as when you are traveling or engaged in a sport where the consequences can be harmful if you aren’t paying attention. I think we become highly aware of our surroundings and the energy of those near us. Such experiences and or lifestyle increases wakefulness.

In the following posts I’m going to write about the spiritual experiences I’ve had over my life. People often ask what led me to this path and work. It’s difficult to put into a soundbite as there’s never just been one mind-blowing experience, but rather a culmination of both subtle and extraordinary. These experiences provided a textured landscape of a life to peruse through and learn from. Maybe some of you have had similar events or spiritual exchanges in which you can relate and feel validated.

I hope you enjoy the reading.

PrevPreviousWhy I do This Work & Why it’s Worth the Time (No more than a few minutes a day)
NextSpiritual Experience: Let Her GoNext