I saw an image of a skull, his skull, superimposed over his face. 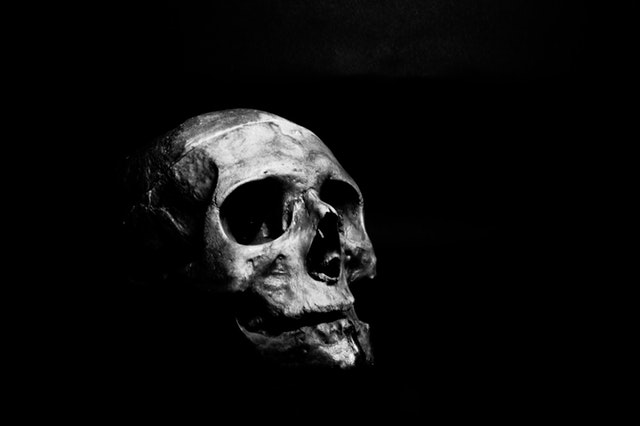 While in my twenties, my psychic ability expanded as well as my experiences with the divine. I traveled the globe alone either for recreation or work as a photographer.

On one occasion as I was leaving on a trip to Asia to do a photoshoot, I was staring at my dad as my sister pulled out of the driveway to take me to the airport when I saw an image of a skull, his skull, superimposed over his face.

It looked like he was wearing a Day-of-the-Dead mask, dark holes protruded from sunken cheekbones, skinless.

I drew back, gasping, blinked and it was gone. Then, I saw his smiling face, blowing me a kiss. I didn’t know what to think. I wanted to ignore it and act like it didn’t happen.

But I saw it, I know i did. While traveling, ominous energy surrounded me. I knew something bad was going to happen. I didn’t know where or how but I knew. I tried to hide from this dread-like companion but it followed me everywhere, even when I tried to outrun it.

Eventually, it would catch up to me and cozy up inside my stomach like a lead ball. I was in Bali, sleeping soundly when I heard, again words spoken to me, “Rachel wake up.”

I opened my eyes. The early morning light stretched across the room. I searched for the source of the voice and there was no one there. As I sat up, I knew with the utmost certainty that I had to call home.

This was in the age before cell phones and the internet. An hour later, I found a hotel with a phone and called home to find out my dad had had a severe heart attack and was recovering from heart surgery.

His heart had actually stopped entirely while waiting to be seen in the emergency room, only to be resuscitated back to life many minutes later. Upon hearing the news, I crumbled.

I wanted to be near him. Yet at the same time, I felt relief. The dread churned as I listened to my sister tell me our dad had a bypass. When she spoke the words, “He’ll be okay. He’s doing well,” the dread passed through my bones into the ground.